An Insidious Tactic of Verbal Abuse 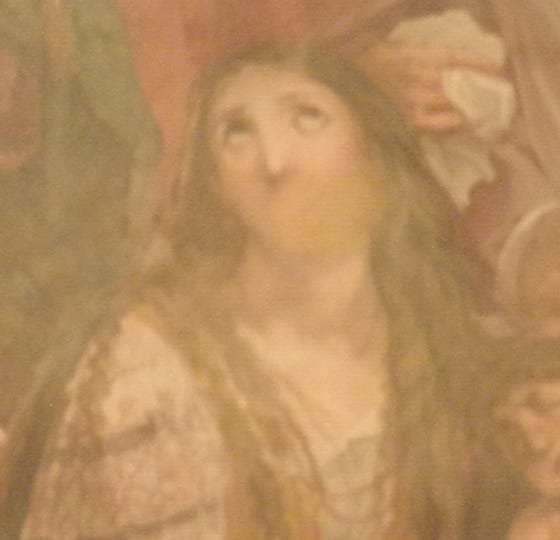 This is a topic that doesn’t get written about nearly enough, even though it’s not only very common in toxic relationships, but also very damaging. The lack of information on sarcasm as a weapon of verbal abuse makes the tactic even more confusing, and causes a victim to wonder if she’s being “too sensitive,” just like he says. Or maybe she’s stupid … just like he says.

Of course, a victim of domestic violence — and remember, “violence” isn’t just physical, but emotional, spiritual, psychological, and verbal as well — isn’t being too sensitive. In fact, chances are she’s feeling numb with shock as a result of months, years or decades of abuse. She’s also not stupid. At all. She’s a victim of the immense suffering of betrayal trauma.

Sarcasm in what should be a loving, trusting relationship demeans a partner. Sarcasm belittles the victim, hinting that she’s a child with a childish brain, or selfish and thinking only of herself, or insensitive and cruel. She feels as if she’s looked down upon by the partner she loves with her whole heart, her whole mind, her whole soul.

It’s true that “sticks and stones will break my bones,” but the rest of the saying is totally false. Verbal abuse hurts. And it hurts a lot, because it reaches into the very core of a person, touching their soul, demeaning their spirit and their true selves.

You’ve had a long, difficult week. Work, the kids, and … well, taking care of the spouse, too. Because he’s top priority. If he’s not, there’s hell to pay. You’ve learned to put yourself last, and him first (kids in the middle).

But this week? It was long, and stressful, and your best friends have asked if you’re interested in a girls’ night out.

So you bring up the topic with your husband, since you’re in the “calm” phase of the abuse cycle and you feel confident enough to do so. And, of course, he agrees. After all, he’s being kind and reconciliatory after that last fierce tirade.

“I’d love to watch the kids tonight, sure! Some one-one-one time with them would be great. Go, have fun. You deserve it!” he says with a straight face and loving eyes.

This is what you hear (and even see), so you feel safe. Well, sorta. You know that there’s always a risk, but still … You need to re-connect with your friends. So you leave for a couple hours, saying you’ll probably be back by 10 pm, or something like that.

“Great, have a fun with the girls!” your husband exclaims, as if enthusiastic about your well-deserved outing. “No worries about the time, just have fun!”

And you do have fun! Ah, the relief of an innocent outing with friends. You return home at 10:33 that evening. The conversation had been so refreshing — open and honest and relieving — that time had simply slipped by. But that’s fine, right? After all, he told you not to worry about the time. Besides, the kids should have been put to bed long ago.

So you return home, eager to share the events of your night with your husband.

He’s pissed. No, not pissed. The man is in a frothing rage. A break-the-doors and punch-the-walls rage.

“Oh, I’m so glad you had fun with your friends,” he begins with confusing sweetness in his voice. But then …

This is sarcasm in action. This is the abusive and crazy-making technique of demeaning and demoralizing another person simply because they’re human and have a life outside the realm of the abuser’s scope. The above example is more blatant than sarcasm often can be, since it’s a particularly devious form of abuse, but I think it gives you a good idea of how damaging the toxic technique can be.

Through the sly and invasive tactic of sarcasm, you’re made to feel like a silly child, as if you missed something important because you should have known he’d be upset. You feel stupid or naïve, not good enough and not loving enough—or any other negative emotion about yourself that he preys upon, knowing it will upset you the most.

Making matters worse—and exacerbating the trauma response—an abuser will typically be in denial if you ask him not to use a sarcastic tone, or if you otherwise bring his behavior out into the open. Some abusers flat-out claim they never said such a thing, or “apologize” with the excuse that “it just came out wrong”—when you know, due to pattern and habit, that his words didn’t come out wrong. He meant everything he said, because sarcasm as a weapon is his modus operandi.

Or, he’ll lash into you even further, enhancing the confusing brainwashing effects of his technique. “Didn’t you know I was just joking?” he may say, causing you to feel even stupider than before. “Geesh, can’t you just take a joke?”

If a person uses sarcasm as a verbal tool, it could be that he’s merely inept at communication skills. Instead of expressing his worry that you were late in coming home, he turns his hurt into a weapon. If that’s the case — and if your spouse isn’t abusive in any other way — chances are you can talk to him about it, explain how his words hurt you, and he’ll make an honest effort to change.

However, in chronically toxic relationships, the situation is different. In these cases sarcasm isn’t a tool — it’s a weapon. Attempts at reasoning only end in circular talk, confusing diversions in conversation, and more trauma for the victim. When sarcasm is hostile and the intent is to undermine confidence or devalue a person, verbal and emotional abuse are present in a relationship.

Why is it that sarcasm hasn’t been discussed very often in books and articles on domestic violence? Even esteemed writers such as Lundy Bancroft and Patricia Evans barely glance over the topic. I was shocked to search the index of Bancroft’s Why Does He Do That? Inside the Minds of Angry and Controlling Men, as well as Evans’ many books on verbal abuse, and find little to no reference to sarcasm. Why the silence on this topic?

I’m not sure, to be honest. And that’s why I’m exposing this tactic now. It’s invasive to the soul, destructive to the spirit, and destroying to the victim. And it must be dismantled.