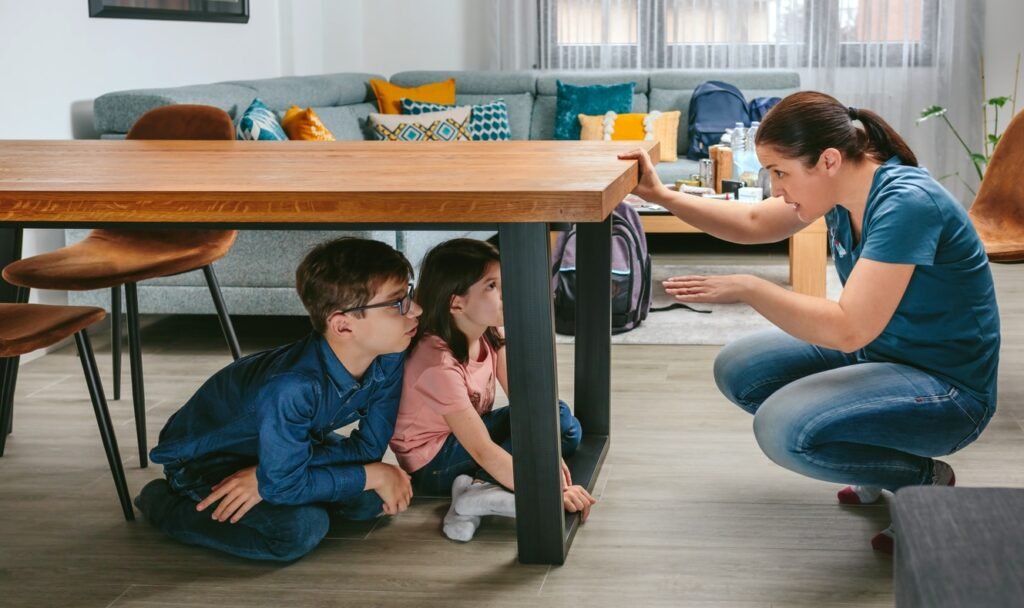 The Province is kicking off B.C. ShakeOut Week with a new, comprehensive earthquake response strategy that builds on emergency preparedness capacity to increase resilience and keep people safe during major earthquakes.

The strategy outlines the roles, responsibilities and integration of governments, agencies and partners during a catastrophic earthquake. It is designed to be flexible and scalable, and can be used for other major emergency events, such as flooding.

“We know areas of B.C. are at risk of earthquakes, and we need to ensure that we’re as prepared as possible, and that all partners will be unified and ready when it happens,” said Jennifer Rice, Parliamentary Secretary for Emergency Preparedness. “Last year’s floods and wildfires were a reminder that disasters caused by natural hazards can happen at any time, and this strategy will build on the Province’s overall preparedness for all types of emergencies to keep people and communities safe.”

The Provincial Earthquake Immediate Response Strategy (PEIRS) will replace the Earthquake Immediate Response Plan, which was published in 2015. The new strategy incorporates the Province’s strengthened and evolving relationship with First Nations, and considers the disproportionate impact of emergencies on vulnerable populations. It also considers technology, service delivery strategies and priorities, and experiences during the COVID-19 pandemic and 2021 atmospheric rivers.

In February 2023, the Province will hold a large-scale earthquake exercise to practice an integrated response with federal, First Nations and local governments, as well as critical infrastructure operators and non-governmental organizations. Exercise Coastal Response 2023 will be an opportunity to validate elements of the new strategy and reinforce the importance of cross-jurisdictional partnerships in emergency situations.

PEIRS builds on other preparations, including work with the federal government to develop earthquake scenarios and plans to address national support strategies, as well as agreements with other jurisdictions to share resources in the event of a significant disaster, such as an earthquake.

The Province has also been investing in seismic upgrades. The Ministry of Transportation and Infrastructure allocates $5 million annually for seismic retrofits and improvements to strengthen existing structures, and new bridges and highways are being built to meet stringent modern seismic standards.

Schools throughout B.C. have also benefited from seismic upgrades and retrofits. Since September 2017, the Province has approved more than $1.2 billion for seismic upgrades or replacements at 59 schools. Budget 2022 committed nearly $800 million more to ensure more schools are seismically safe.

The Province has also partnered with the federal government to develop a national earthquake early warning system and implement it in B.C. The system will detect an earthquake before shaking starts and will provide tens of seconds of advance notice before an earthquake strikes.

The Great British Columbia ShakeOut, hosted by the BC Earthquake Alliance, is an annual opportunity to practice how to be safer during big earthquakes. On Oct. 20, 2022, at 10:20 a.m., people throughout B.C. in schools, workplaces and public places will practice how to drop, cover and hold on.

People, communities, schools and organizations are encouraged to review and update their emergency preparedness plans. Everyone in B.C. is encouraged to have emergency kits with supplies for at least 72 hours. Kits should include non-perishable food, such as cans or granola bars, a first-aid kit, flashlights, extra batteries and a radio, as well as a backup of all crucial documents.

To register and learn more about the Great British Columbia ShakeOut, visit: https://www.shakeoutbc.ca

For information about how to prepare an emergency plan and what to include in emergency kits, follow @PreparedBC on Twitter, or visit: preparedbc.ca (http://www.preparedbc.ca)