Chronic Homelessness – A Trip to Finland for Trudeau 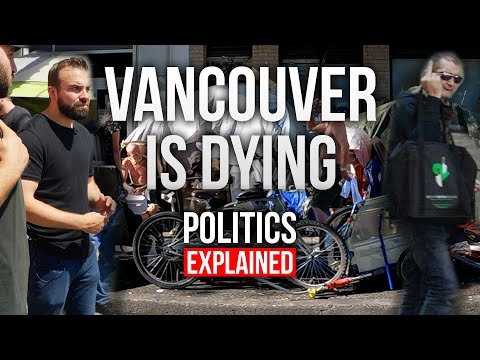 Most of us, on our regular ramblings around whatever city we live in, can’t help noticing the increase in panhandling and tents pitched discretely in public parks. Signs of increasing homelessness are everywhere. Most readers of this blog also know that one significant reason for that homelessness is untreated mental illness. The solution is pretty straight forward.

Thanks to the Auditor General of Canada in her latest report, government efforts in this area have been an expensive waste.

Infrastructure Canada spent a total of $1.36 Billion between 2019 and 2021 on preventing and reducing homelessness without ever knowing if the money had any impact. That sum accounted for 40% of all the money spent on the housing initiative. Canada Mortgage and Housing spent an additional $4.5 billion without knowing who actually benefited from that spending. Rental housing units under the National Housing Co-Investment Fund was to be for affordable rental properties for low-income people but, in fact, many of the homes were not affordable.

Very disappointing but frankly not surprising. Governments give money for projects and groups not with the hope that some good will come of it but to be able to say “we’ve funded that project” now go away and leave us alone. If they truly cared about change, they would give more rationally and they would evaluate the outcomes of what they are doing. Instead, as the Toronto Star asked in its editorial, who is in charge? And then concluded no one!

Contrast what our government has not done with Scandinavia and, in particular, Finland where homelessness is declining. The Finnish solution is simple – give people housing. Not only do they give people homes but they provide services. “Services have been crucial,” says Jan Vapaavuori, who was housing minister when the original scheme was launched. “Many long-term homeless people have addictions, mental health issues, medical conditions that need ongoing care. The support has to be there.”

In one housing building as an example, the 21 residents are supported by 7 staff. That’s a strategy that is not cheap but it pays all sorts of dividends in cost savings and in generating improvements in human dignity. Finland spent 250 million Euros developing housing and hiring 300 support staff but saved an annual 15,000 Euros per homeless persons in emergency medical care, social services and the justice system.

I would like to make a suggestion for Mr Trudeau. I’ve lost track of just how much travel he’s done in the past few months between the Queen’s funeral in England, NATO, the G20 and a few other conferences in places like Thailand and Cambodia but winter is a lovely time to visit Finland. He could relax in a sauna while discussing how to move our Canadian homeless out of parks, ravines and from under bridges and over sidewalk grates into properly supported homes.

How about it Justin? And, before you go, take a look at this one hour long documentary on the absurdity of what is happening in BC. Treatment is ignored in favour of harm reduction in the case of addictions – a government sponsored drug distribution program. Well worth the time spent watching it despite the ads interspersed throughout.