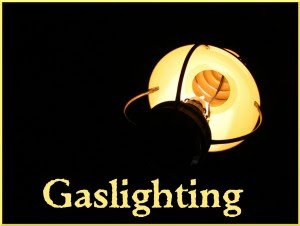 Abusers can be masters of disguise and covert operations. He or She hones their skills to expert precision, lest people see through the mask to the ruthless ambition and envy beneath.

Above all, the abuser seeks to keep that mask firmly in place so as not to lose the support of those who’ve been fooled by the outer facade.

This list of characteristics describes abusers and gives an awareness of the techniques used by * Chameleons * who may be male or female.

1. Charming in public – exuding warmth and charm, an abuser smiles and tells jokes, praises and flatters you, outwardly supports you with a show of approval and reassurance, makes you feel valuable and appears to be attentive to your needs.

2. Rumor-monger in private – criticizing you behind your back, he may suggest that you have personal or emotional problems, carefully building a case against you via calculated misinformation passed on to others behind the scenes. He manipulates others into criticizing you and then rewards them for their participation in his plot to undermine your image in every way.

3. Two-faced – He pretends to support you while planning to destroy you; then when you challenge him, he suddenly transforms from supportive to bullying. His soft-spoken manner hides his destructive intentions, his flattering words hide his desire to control you, and his seemingly warm personality hides his take-no-prisoners attitude.

Master of the half-truth, he miss-states and belittles your viewpoint, asks questions that demean you, then interrupts before you can fully respond, he changes the subject before you can correct his miss-statements, then he adds new false accusations faster than you can respond to the old ones.

5. Hypocritical – His spoken philosophy and behavior don’t match, his words creating a positive image which does not match his actions. He describes his mistakes as minor, but your mistakes as serious, or ignores his own mistakes while always highliting yours. – He calmly demeans you, but is angry because you don’t respect him. Not respecting him = pointing out the inconguities and inconsistencies between who he claims to be and what he actually does and says.

6. Evasive – He acts confused by any complaint about his behavior and always shifts the focus to others. He acts like he is the one who is being victimized. He tries to make you feel guilty for hurting him, accusing you of behavior that was far worse than his and asserting that you are the cause of his bad behavior (if he ever does admit to behaving badly).

7. Pompous – He acts like a know-it-all and never apologizes, unless to prove how rarely he makes a mistake. He’s a prima donna … condescending in words, tone of voice and mannerisms. Every issue which effects him is high drama and he’ll try to demolish the opposition in every discussion to keep the focus on himself.

8. Self-righteous – In order to disguise his corrupt character, he always claims the moral and ethical high ground. He brags about the goodness of his own character while suggesting that others have dubious motives. He frequently talks of his superior ethical standards, implying that others don’t have his high standards and using distorted examples to prove that others are not nearly as superior as he.

9. Obsessed with image – He believes that his image is more important than reality, so he disguises his true emotions and desires. When you see beneath his persona, he will suggest that your actions have hurt his image. Alternatively, he says that your proposed actions (i.e., exposing him) will hurt your own image.

11. Pretends to care – While pretending to care about others, he is at his most manipulative and dangerous. Most people are taken in by his apparently positive energy, enthusiasm and charisma, but in reality, they are naively being fooled by an attractive personality which hides a morally and ethically corrupt abuser who is coldly and ruthlessly pursuing his own selfish ends.

His expression of affection is tainted with possessiveness and he compliments you only because it serves his purpose. He has a look of concern, but he doesn’t truly respect you.

He pretends to be your friend while tearing you down, destroying your reputation, weakening your position, and exaggerating the importance of your mistakes.

12. Plays the victim – He exaggerates his pain and suffering, trying to make you feel guilty for causing his pain and claiming that you don’t appreciate him.

He becomes angry and indignant when you try to reason with him, then says he is tired of doing all the compromising.

The above list of characteristics describes abusers and gives an awareness of the techniques used by * Chameleons * who may be male or female.