Getting His Voice Out of Your Head 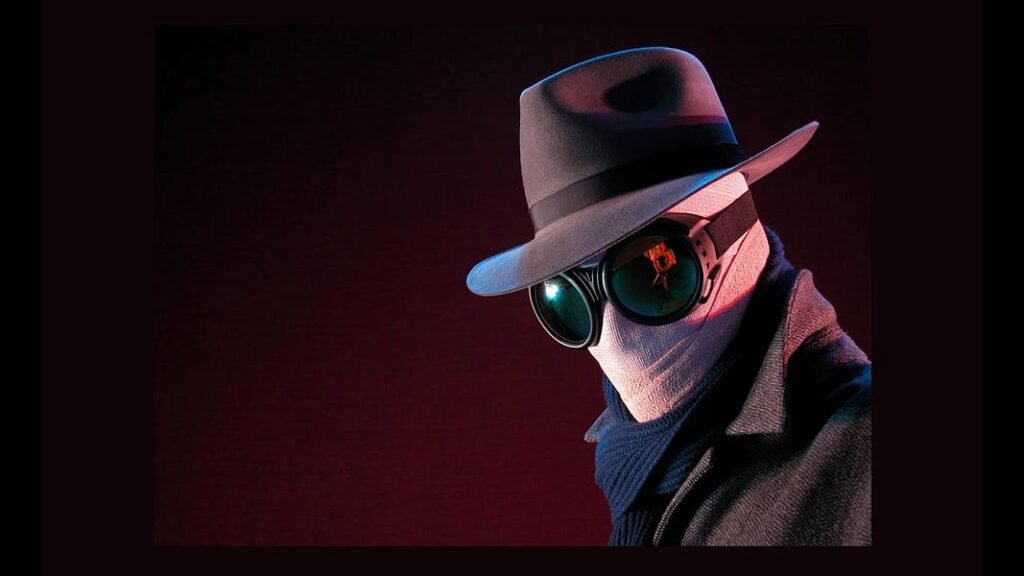 When a couple splits up as a result of domestic abuse—whether a temporary separation or the final straw—the victim will inevitably miss her perpetrator. For those who have never been subjected to intimate abuse, this idea seems unreasonable at best, and deluded at worst. Why would someone miss their abuser?

The answer is: Trauma Bond. But that’s a topic for another article.

In this post, I wish to discuss the agony of the “man who wasn’t there,” yet who still is. Once you’ve finally made your way out of an abusive relationship and are on your path toward healing, he still haunts you. Your thoughts, your daily activities, your motivations and your self-perception may still be guided by his gaslighting and manipulation. It takes great effort and healing to get him out of your head.

Before I get into that, I want to quote a disturbing and applicable poem about what it’s like to finally be released from the confines of an abusive relationship … yet, at the same time, not truly released at all.

Yesterday, upon the stair,
I met a man who wasn’t there
He wasn’t there again today
I wish, I wish he’d go away…

When I came home last night at three
The man was waiting there for me
But when I looked around the hall
I couldn’t see him there at all!
Go away, go away, don’t you come back any more!
Go away, go away, and please don’t slam the door… (slam!)

Last night I saw upon the stair
A little man who wasn’t there
He wasn’t there again today
Oh, how I wish he’d go away…

Have you ever encountered your abuser upon the stair—or anywhere else—even though he wasn’t physically there? If you’ve been in abusive relationship, this is a purely rhetorical question.

The answer, obviously, is a resounding and quite silently vocal YES.

The AC or heat kicks on, but it’s loud enough to sound like the garage door opening, and you flinch. Your body is suddenly tense and prepared. He’s home …

The man who wasn’t there.

There’s a loud bang! somewhere in the house. Your stomach clenches; you feel sick, or a sudden and sharp ache begins throbbing deep inside, in your heart or belly or head …

Was it door slamming? An indication that he’s in a rage yet again, and you have to be on your guard? Your heart begins to beat abnormally—not in a love-induced way, but in a scary, unhealthy, 911 sort of way. Skipped beats, too-fast beats. Erratic.

Oh. But wait a minute. You’re watching a TV show. You jumped because of a plot twist. Perhaps you really are stupid, just like he keeps saying!

If you’ve left the relationship, how do you get rid of the man who is no longer there, even though he seems to be creeping around your personal space, ready to pounce?

It’s a matter of choice and determination of the will. Perseverance.

If you want to get his voice out of your head, first recognize all that negative self-talk as coming from him, and from him only.

These words have nothing to do with you—as a matter of fact, they’re not even about you. They’re his projection, his shame, his personality choices that have been misplaced onto you. This manipulative tactic enables him to hide from his true self, to maintain the false identity of being the superior, smart, loving, even empathetic one in the relationship.

Yet it’s lies. All lies. If there’s one thing you need to remember most about an abusive personality, it’s the fact that lying comes naturally to such people. They create a false world, a world of their own twisted perceptions, and expect everyone to fit into it. No matter what that takes.

Have you been told you’re controlling? Cold? Naive? Mean? Uncaring? Unloving? Not good enough? An instigator? Crazy? Or … fill in the blank. The options are endless.

Do you find this confusing because you’ve always tried so hard to please others? To be loving, a good listener, open-minded, willing to consider to all perspectives? Do you feel you have something to contribute to the world (you do!), even if you don’t know what that something is? Listen to that voice—the voice of your true self—and not the voice of your abuser, labeling you with his own projections.

One of the most insidious and long-term effects of intimate partner abuse is the muffling of your own intuition, which happens slowly. Like a boiled frog, you don’t even know what’s going on or how you’re being manipulated, yet you begin to question your own intentions, beliefs, and personality.

You begin to wonder if he’s right. If maybe you’ve been deluded about yourself for your entire life.

It takes effort to consciously stop his voice from repeating in your mind, but the more you do it, the easier it becomes. When you make a mistake, if your first thought is “oh, I’m so stupid!” stop yourself. Remind yourself that you’re not stupid, but you are human. Mistakes are something we all make, and they can be turned around for the good—for learning, growth, self-improvement, a deeper understanding of situations and people.

When you find yourself falling into his trap of negative talk, when you’re confronted with extreme anxiety, self-criticism, confusion, doubt, and fear, try to take a step back.

Breathe deeply (yes, deep breathing really does wonders for the nervous system). Remind yourself that what you’re feeling are his lies, his projection, his issues. Don’t believe him.

Instead, engage with your own intuition. Pray for guidance, clarity, spiritual wisdom and renewal. Maintain an inner dialogue with yourself while you destroy the arguments swirling inside your head—the ones he put there. Obliterate every false opinion raised against you (2 Cor 10:5). Don’t give lies the honour of taking up space inside your mind. They don’t deserve your precious energy or emotional entanglement.

All these projections are based on his fearful anger. These are his issues, not yours. He’s implanted these thoughts inside you, but they don’t belong to you—and you don’t need to belong to them.

You can root out these lies. Remember who you used to be, then remind yourself that you’re still the same person. You just need to allow her to re-emerge.

Yes, healing is painful. It’s messy. It can seem so difficult at times that you may feel too exhausted to go on.

And it’s fine to take a break! Go for a walk. Listen to relaxing (or energizing) music, do something creative, immerse yourself in prayer and meditation or spiritual reading, allow yourself the luxury of a nap … whatever it takes. Yet after rest, keep on going. Be determined to be yourself. There’s freedom on the other side of pain, and moving forward is the only way to find that freedom. In the words of St. Caterina of Siena, “it’s impossible to reach one’s goal without perseverance.”

Or, as fitness guru Rachael Newsham put it,

You can go right when there’s nothing left.

You can go left when there’s nothing left that’s right.

Or you can struggle straight on through!

You are strong. You will be whole again.

Always remember that you’re “fearfully and wonderfully made” (Psalm 139:14) and your life has a plan, a purpose, and a glorious future. Believe it or not, you’ll grow stronger as you struggle “straight on through.” And, coming out the other side, you’ll find yourself once again.

“For I know the plans I have for you, says the LORD, plans for welfare and not for woe, to give you a future and a hope.” (Jeremiah 29:11)