Isolating Targets from Friends and Family 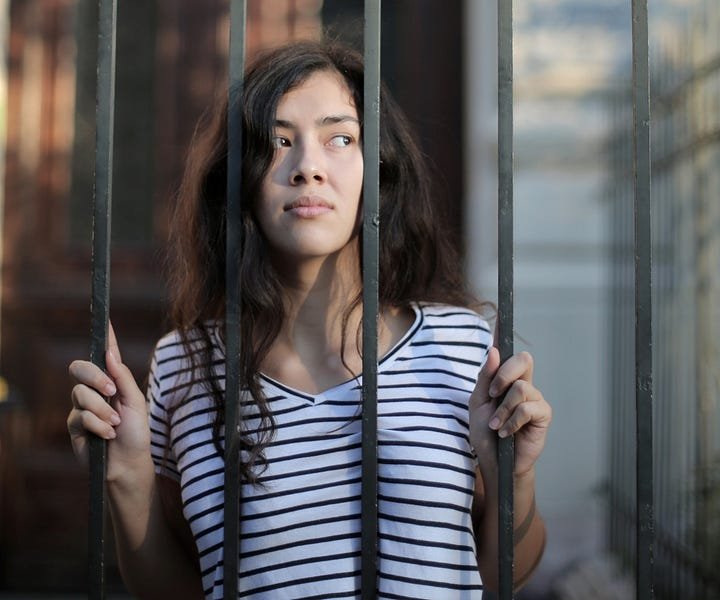 One of the hallmark traits of an abusive personality is extreme, possessive jealousy, which can take many forms—all with an end goal of isolation. Whether consciously or not, an abuser wants to keep his partner to himself, to ensure she’s available whenever he wishes, in whatever way he desires.

If his target maintains close relationships with anyone other than himself, he feels his control slipping. After all, being around other people may cause a target of domestic abuse to reassess her own situation and to be less vulnerable to her abuser’s gaslighting, criticisms, and manipulations. External friendships will help her maintain a higher level of self-esteem and self-worth—in other words, inner strength. And, if she’s exposed to other couples, she may see what a healthy relationship looks like—and begin to question her own.

Although an abuser may not consciously harbour these thoughts, the underlying attitudes and motivations are still present. Her ability to maintain close ties with others not only means he has less control, but it also means his target’s attentions aren’t focused on him 24/7—something an abusive personality absolutely cannot tolerate.

Isolation in a domestically abusive relationship is one of the key tactics of coercive control because it “deprives victims of all social support; the ability to resist weakens; it makes the victim dependent on the abuser.” This tactic is particularly toxic when the abuser begins isolating his target from her family.

How does a manipulative person accomplish his goal of isolating his victim? It all begins with convincing her that he’s the only one who truly understands her—after all, they’re soul mates, he’ll claim. He’ll employ all the romantic strategies in his playbook until she’s completely hooked. This is all done to solidify their relationship bond, making total isolation easier to achieve.

Isolation happens slowly, insidiously, and under the radar. After all, if the abuser was too obvious from the get-go, his partner would run for the hills before becoming too involved. By the time a victim realizes that her relationship is dangerous—whether that danger is physical or emotional/psychological—she may feel she no longer has anyone to turn to for help. It’s then that she realizes, with a sense of fear and deep dread, that her support system has been whittled away.

An abuser uses devious, manipulative tactics to slowly isolate his target from the loving support of her family. Some ways he may do this include (but aren’t in any way limited to):

Another devious trick a controlling personality pulls is to get the target to believe she was the one who chose to stay away from her family. After all, he never overtly forbade her to visit her parents, siblings, or friends.

In truth, it was his covert actions and lies about her friends and family that drove her to self-isolate, yet his tactics were so crafty she couldn’t see them for what they were—and consequently she blamed herself. An abuser will tell his partner that her friends and family are stupid, mean, bad for her, delusional, or any other disparaging opinion—all in an effort to isolate her from them.

I gradually took on these opinions as if they were my own and after a while lost all of my friends. My husband never really told me that I couldn’t see them, but he was so effective at convincing me that they were slime that I didn’t want to see them. So, soon I had no friends, and I didn’t feel that I could directly blame my husband for that. But I came to feel like it was just the two of us, alone on a desert island. I was as lonely as I would have been if we were the only two people on the planet. (Victim testimony from Neil Jacobson, Ph.D. and John Gottman, Ph.D., When Men Batter Women)

An abuser can even isolate his target from her own children—both young children and those who are adults. Children are a particular threat to most abusers because a mother’s connection to them can be her main—and often only—source of joy, fulfilment, and strength. By damaging the mother-child relationship, the abuser is able to gain a fuller level of control and power over his entire family (this is true regardless of whether or not the abuser is the biological father of the children). Typical methods of mother/child isolation include (but again, aren’t limited to):

He might try to persuade the mother that her attachment to her children is unhealthy or unnatural, and interferes with their life as a couple. He might force the woman to choose, constantly, between siding with her child and siding with him, or between spending time with her child and spending time with him. Women sometimes retreat under all this pressure and allow their relationships with their children to deteriorate. (Lisa Aronson Fontes, Ph.D., Invisible Chains: Overcoming Coercive Control in Your Intimate Relationship)

Isolation leads to extreme loneliness, which in turn causes the target to cling to the only person who is in her life—her abuser. This is by design (whether consciously or not), and strengthens the trauma bond as well as increases the abuser’s tyrannical control over his victim’s life.

Yet there is always help, even when all seems lost. Reaching out to trusted support groups, informed therapists or spiritual directors trained in the field of domestic abuse—along with solid education and increased awareness—can all provide excellent beginnings. And when it comes to true friends and loving family, reconnection is possible (and likely very welcome). No one is truly alone.

​“God is faithful, and He will not let you be tested beyond your strength, but with the testing He will also provide the way out so that you may be able to endure it” (1 Corinthians 10:13).