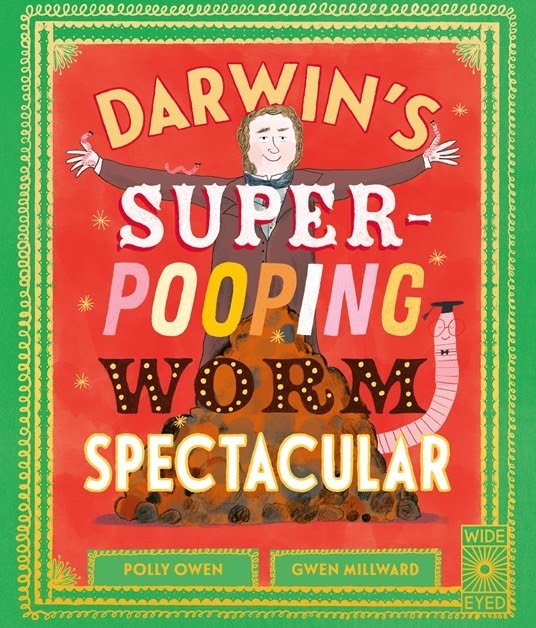 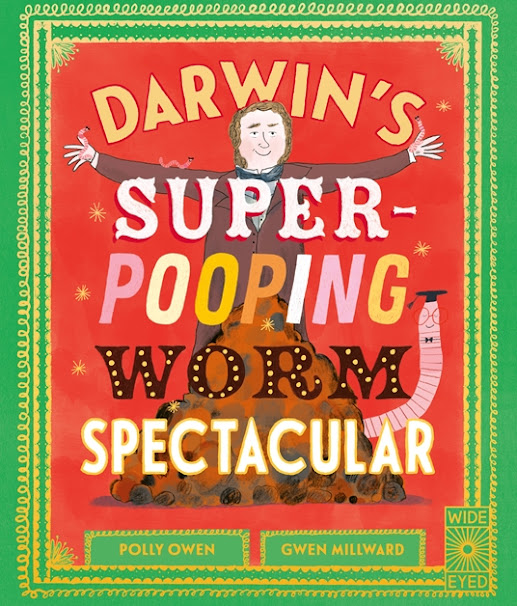 How much do you know about the wonder of earthworms? Once you’ve read Darwin’s Super-Pooping Worm Spectacular you’ll know plenty.

Written by Polly Owen and illustrated by Gwen Millward, this is a fantastic example of a STEM book for young readers, and how to present factual information in an unusual way. It’s the kind of book that helps readers to engage with the subject matter and remember it.

Until I read Darwin’s Super-Pooping Worm Spectacular I didn’t know that Charles Darwin had such an interest in earthworms, let alone that he considered them superheroes. And I was surprised to learn that when the book he wrote about the wonders of worms actually outsold what is arguably his most famous book, The Origin of the Species. This was even though Darwin was originally dismissed and laughed at for his curiosity about worms, a subject he spent at least 40 years exploring.

You’ll discover that Darwin discovered worms don’t have teeth or ears, and their ‘tummies are strong and made from pure muscle’. After long observation, he found the worms were a clue to the health of plants and their poo helped plants to grow. He called these creatures ‘nature’s plough’ and worked hard to showcase their importance based on their pooing abilities.

Darwin’s Super-Pooping Worm Spectacular offers lots of worm facts, trivia, and humour. It’s told in a narrative style and explains things like what worms like to eat and what they don’t like. The quirky, colourful illustrations include use of speech bubbles to highlight the perspectives of both Charles Darwin and the worms.

Why are worms amazing? Get down and dirty with them in Darwin’s Super-Pooping Worm Spectacular and you’ll understand.