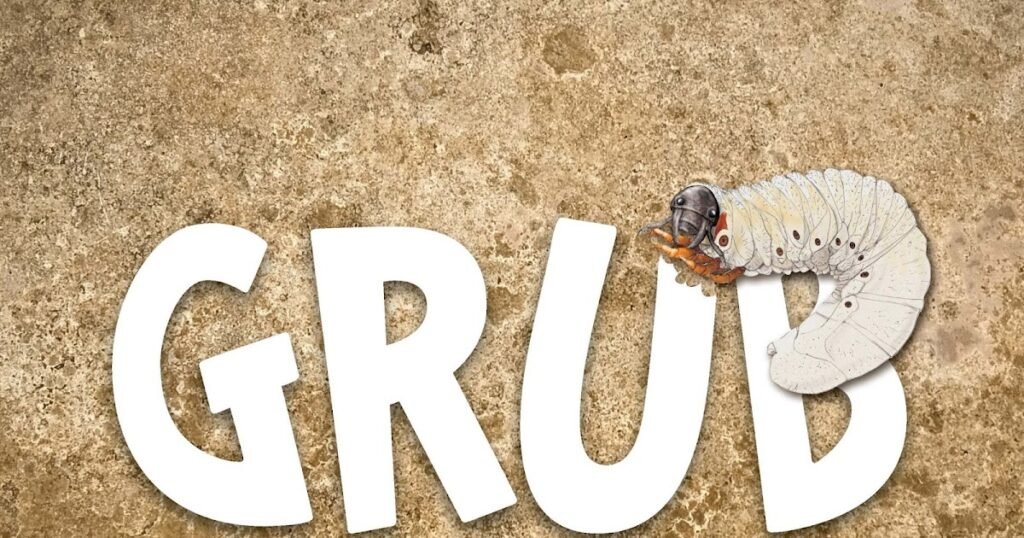 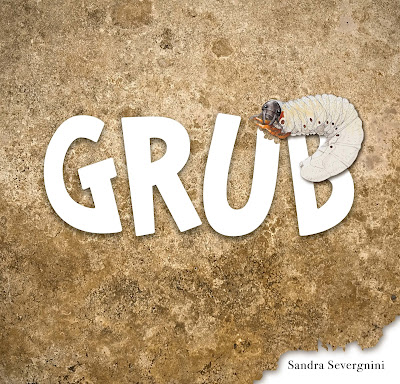 Although flat, the cover of this book gives the illusion of being tactile sandy earth that makes you want to run your fingers through it.
The fact that there’s a little squishy-type being sitting atop the one-word title of ‘GRUB’ is a bonus. And then, before even opening to the first line of the story, the endpapers are a creepy-crawly delight.

Down on the rainforest floor, little hungry Grub can sense that something momentous is about to happen which will cause his body to change.

Upon quizzing insect friends such as the ladybird, dragonfly, stick insect and monarch butterfly, he comes to understand that he won’t follow their paths of change, but that this journey will be all his own.

Alongside beautiful illustrations depicting both the rainforest floor and its exotic flora and fauna, this story also contains the gentle rhythm of line repetition to build up anticipation in the reader.

What will happen to Grub?

We see Grub changing and growing with every new interaction, until finally he builds a special, protective shell (from his very own droppings, no less) and emerges as something quite special. It’s a lovely surprise but no spoiler alerts here!

The book concludes with five fabulous facts about Grub‘s transformation, and endpapers depicting the transformed insects from those of the front endpapers, which round out the story very nicely indeed.

A beautifully presented work from the winning illustrator of the 2021 Environment Award for Children’s Literature.