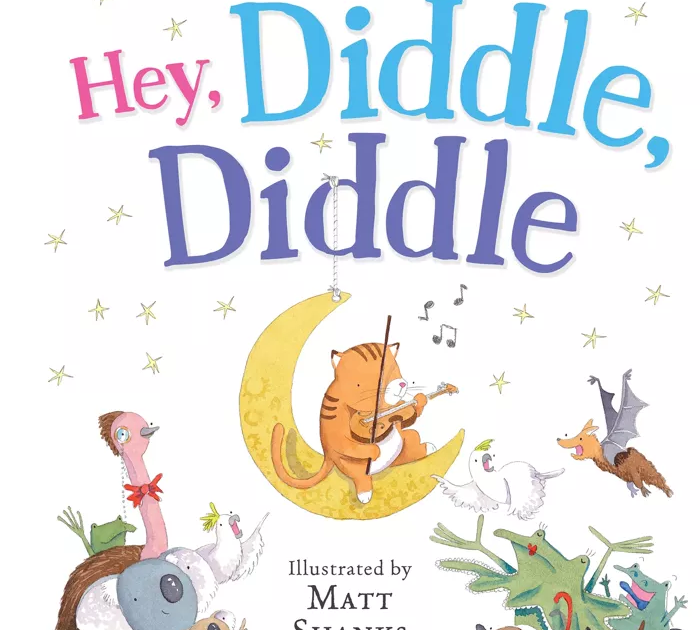 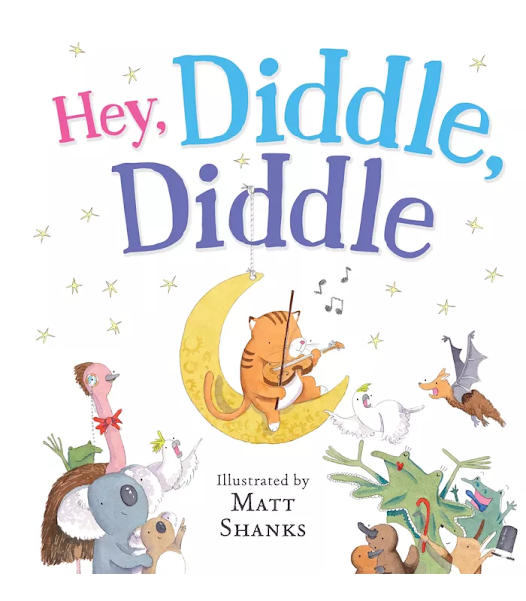 You might know the traditional Hey, Diddle, Diddle nursery rhyme, but you won’t know this version.

This is a new picture book from Matt Shanks. It starts off the way you’d expect, then it veers off into new territory.

In Matt Shanks’ version of Hey, Diddle, Diddle there are a bunch of Australian animals starring in a talent show, showing off their various tricks.

‘Hey, diddle daddle,
The platypi paddle,
the roo leaped past the wombat…’

That’s just one example of the animals and what they get up to. There are also bilbies, emus, goannas and wallabies, to name just a few. These animals are talented in many ways. They leap, flip and clap, howl, twirl and sing, and a lot more.

Matt Shanks’ cartoon-style creatures are appealing as always, and dressed specially for the talent show (bow ties, hats, and jewellery are out in full force). The animals and the antics they get up to are depicted with humour and some underlying visual jokes (if you can recognise them).

Hey, Diddle, Diddle is a happy book that will get kids smiling, just like the animals that feature in it. Reading it is an enjoyable activity to share and to explore some of Australia’s unique animals.