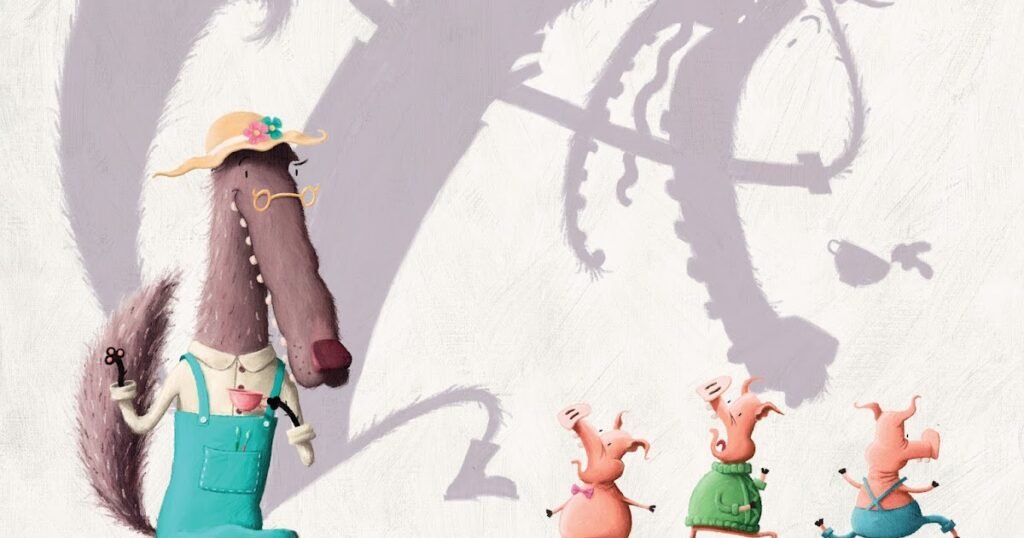 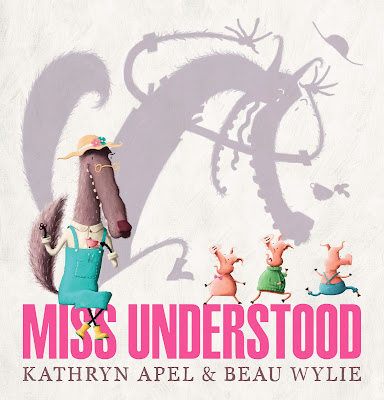 Little Red Riding Hood is
one of the most widely recognizable stories in the world. Over the years, there
have been many MANY adaptations of the folk story, from movies to books and
everything in between. But, has anyone really gone and thought if it was all
just one big misunderstanding?

Maybe there is no villain, but rather a set of
unfortunate circumstances and a touch of bigotry that resulted in one of the
most popular stories of the last 400 years?

Miss Understood provides us with the perception of the
wolf, who is actually a lovely little old lady that just wants to visit some
unfriendly friends. The book is narrated by her and involves her telling us her
side of the story “I’m the wolf, Miss
Understood. You think I’m bad, but I am good. Those Little Pigs told you a porker – made it sound like I’m a stalker!’

The wolf sets out to see
her friends, but when she gets to the first pigs house, the pig sees her and
doesn’t really feel like having visitors (as they are quite the bore) and slams
the door in the wolf’s face. The poor wolf then cops a face full of hay (which
is really a very unsuitable choice of construction for a house), but Miss Wolf
suffers from some dreadful hay fever. She tries to stop herself, she sniffs and
blows, but there’s nothing she can do, ‘but
ah-ah-ah-chooooo’. She tries to apologise but the pig runs off squealing
lies, ‘the big bad wolf is after me! Wee,
wee, wee, wee, wee, wee, wee!’

Similar things happen at
the following houses, and afterwards the pigs really drag Miss Wolf’s reputation
through the mud and no one will play with her (especially little red riding
hood) and the wolf is even kicked out of her knitting club with Gran! There is
some great tongue-in-cheek humour with axe men, Gran and Little Red Riding Hood,
and a sheep outfit. This book is really funny and super clever. The rhyme flows
well and makes it fun to read out loud. It went a little over my toddler’s head
and would suit a slightly older audience, one who is familiar with the
original story and will get the joke.

The illustrations were
great and expressive – the comic styled characters suit the story perfectly. It
really shows that we never know the full story and it’s important to look at
things from all sides and not always believe the first thing you hear.