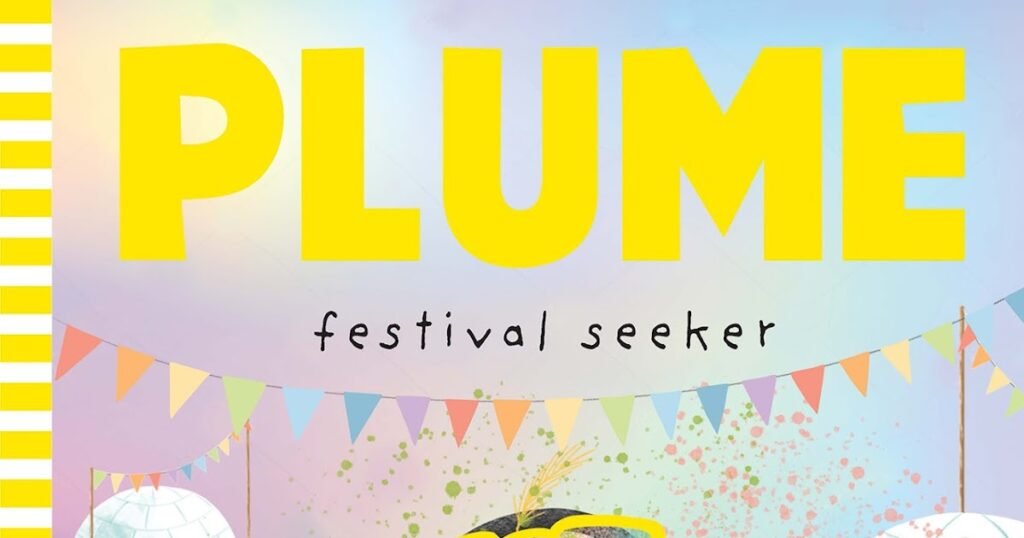 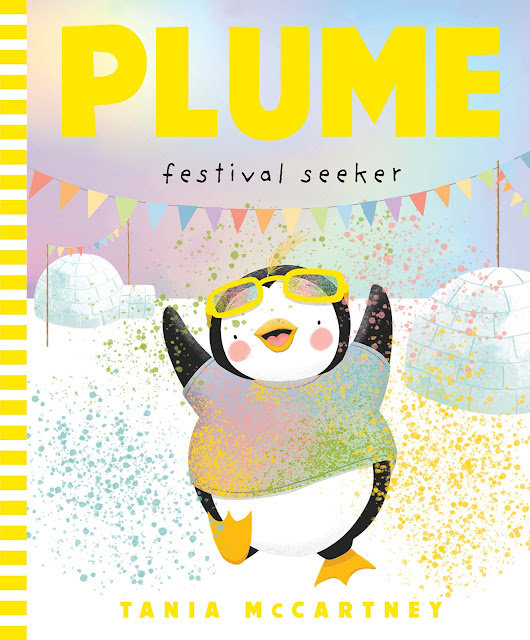 Welcome back Plume! Our intrepid Antarctic traveller extraordinaire is taking readers on another worldwide adventure, this time exploring some of the world’s most colourful festivals, proving that life is not just black-and-white for all penguins!

Little Plume has many friends from many different countries – as one would expect for such a gregarious little fellow – and when he receives an invitation from his Scottish friend to join in a special event, he tries to tempt his penguin comrades to join him. Alas, they are still very set in their penguin ways but that doesn’t deter Plume. He and Ava, of the Albatross Express, spend a year travelling to various countries to celebrate with the locals and enjoy the colourful culture of each.

As with the previous Plume exploits, there will be some names with which children connect. There will very likely be children who know of, or indeed celebrate, Diwali, Holi or even the Rio Carnival, but I daresay none (nor adults) who have heard of the Up Helly Aa festival from the Shetland Isles or the Boryeong Mud Festival in South Korea. The inclusion of Easter and Christmas help even the youngest of readers to relate these lesser known celebrations to those they might encounter in their own lives as a matter of course.

Needless to say Plume’s penguin buddies remain quite obstinate in their reluctance to try anything new – well at least, until it comes to one particular festival that caters exactly to their tastes!

Once again, Tania’s exquisite rendering of sympathetic and engaging text matched with her superlative illustrations will not fail to engage your readers and, as with the earlier Plume books, this is one that sits perfectly not only on personal bookshelves but in classrooms to accompany curriculum units such as those which look at cultural events and festivals (Year 3 HASS) and diversity.

As always, Tania’s work really needs no recommendation, as its superiority speaks volumes, but in any case, I give you my heartiest recommendation for children from Prep upwards (I recently shared Plume: Global Nibbler with a Year 6 and, rather as Plume would with lovely food, they gobbled it up with delight!).

Congratulations, Tania, on another beautiful creation, and I know I eagerly await Plume’s next outing!

See Sue Warren’s incredible interview with Tania on her site Just So Stories, then stay awhile and enjoy all the literary goodness.

Written and illustrated by KBR Founder, Tania McCartney, this is the third book in this Hardie Grant Explore travel series for little ones. See book one World Explorer and book two Global Nibbler. Book four is coming October 2023!