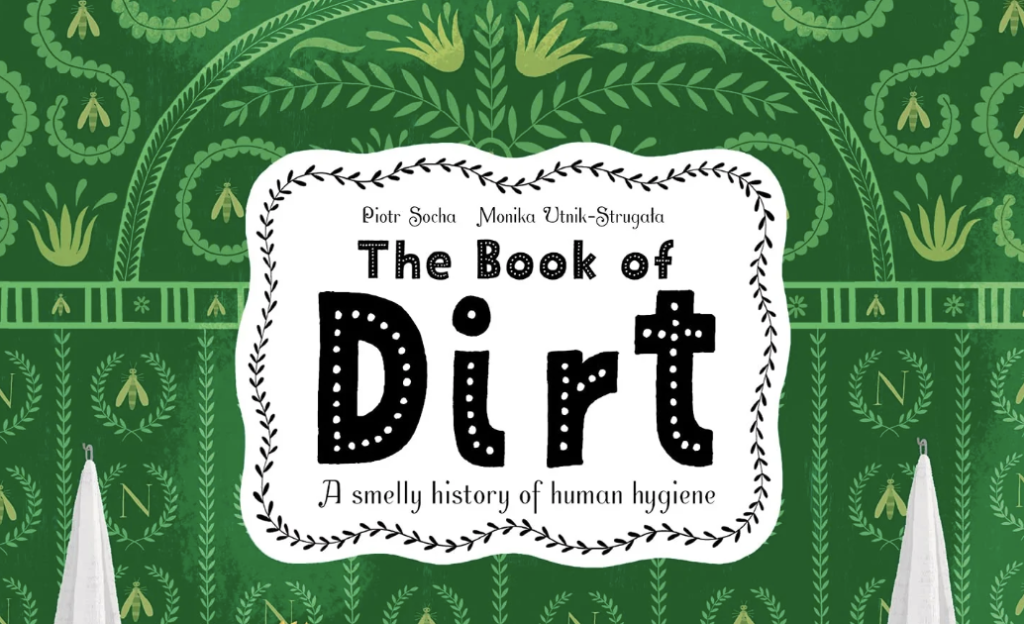 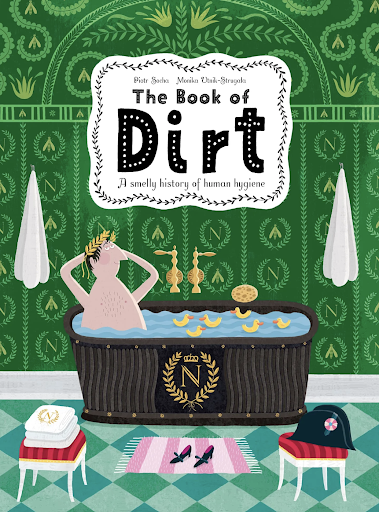 Two books that sit on the top shelf of my favourite picture books of all time (it’s a squeeze – every single Miroslav Sasek book sits there, too) are The Book of Trees and The Book of Bees by the phenomenal Piotr Socha, written by Wojciech Grajkowski. Have you seen them? If not, I’ll wait right here while you go look them up.

Subtitled ‘A smelly history of dirt, disease and human hygiene’, and penned with utter panache by Monika Utnik-Strugala, The Book of Dirt is the latest in this series, and is a book you never thought you’d need let alone take such delight in.

From Cleopatra’s donkey milk baths to Roman toilets where everyone wiped them bums with the same poo stick (I know…), it’s little wonder kids of all ages will be both fascinated and boggled by some of the coolest content they’ll ever read.

Did you know that in Medieval Europe, people believed disease that water was responsible for spreading disease (not entirely untrue) and so washing was done only on occasion – if that. It was mostly reserved for the parts that could be seen… hands and face. It wasn’t until the 18th Century when Louis Pasteur discovered sinister germs lurking in grubbiness, that things began to change.

Other topics include the birth of sewerage works and the aqueduct (which changed the course of water forever), towns where toilet waste was thrown out the window to the street below (‘garde a l’eau!’), the history of the toilet, courtiers who helped kings relieve themselves in a chamber pot mid-meeting, hydrotherapy, washing without actually washing, and how pooping in space works.

Then there’s the world’s oldest bathtub, enjoyed by Polish king Wladyslaw Jagiello. Discovered in a palace in Crete, it’s 3700 years old and carved in the shape of a horse! There’s also the part about early hospitals being known as houses of death, with one one surgeon admitting soldiers had a better chance of surviving on the battlefield.

The illustrations in The Book of Dirt are sheer delight… lusciously detailed, insanely fab colour palettes, heaps of humour and quirk. This is illustration heaven, bringing – as all good picture books should – a whole lot more to an already impressive text.

Beautifully designed and produced, this 200-page book is one to treasure and marvel at. Each night, I read two or three spreads, savouring the content and luscious visuals as I would a long, fragrant bath.

Given that [text] themes of nudity are a common thread in this book, it’s officially recommended for children aged 9 and over, though I personally see nothing so offensive that younger children can’t enjoy a peruse, least of all for the incredible artwork which often features full-spreads that really need to be framed and hung on my walls.

A note for teachers: there is no glossary or index but with the way of ye olde world internet, kids can easily seek out further information, or better yet – discuss the findings and curiosities in class or with friends and family. 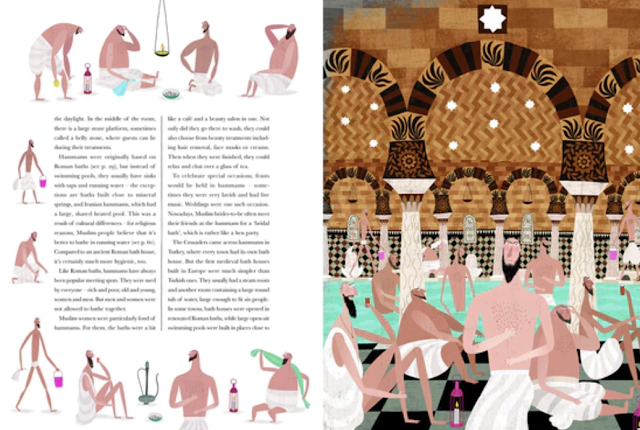 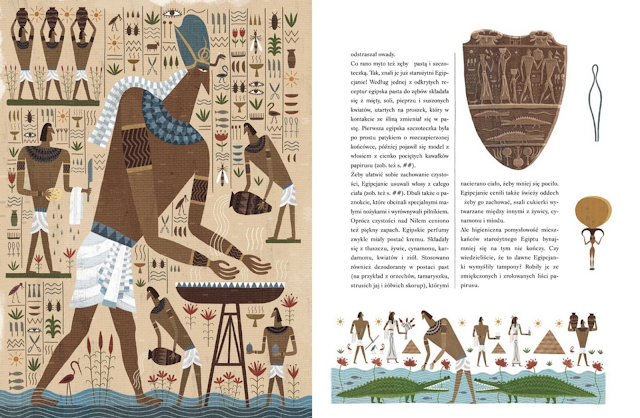 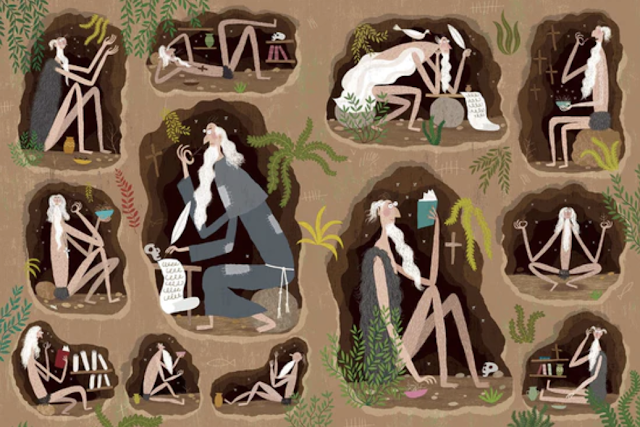