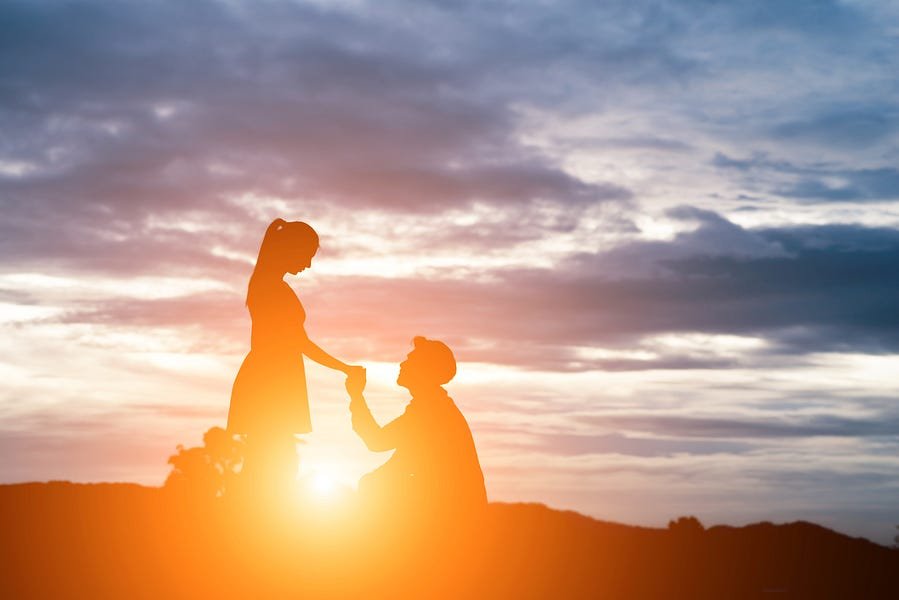 One of the first casualties suffered by someone with an abusive partner is the silencing of her inner peace as well as her once-reliable and trusted intuition. Perhaps you can relate: without even realizing what was happening, covertly and under the radar, your sense of self became whittled away. In your “previous life” you were full of hope, faith, love and trust—but now all that seems to have vanished, particularly the trust in self.

When you first met him, you were completely sure—from the moment he said “hello”—that he was the one for you. It was a bit like a fairy tale, or a romantic Hollywood movie.

He seemed to really get you like no one else ever had—he even told you that, so it must be true. I mean, seriously. Guys aren’t usually so sensitive and open about their feelings, are they?

But he was. Because he’d never felt this way toward any other woman—no matter how many he’d been with. He’d been so raw, so open, so vulnerable—and you’d fallen face first in love.

You were certain. So absolutely certain. This was for real. You’d found what other women had only dreamed about.

Oh, fate was so grand to put the two of you together in such a wonderful way!

He liked what you liked; he said he was bored with the same things that bored you. He was incredibly attentive, and wanted to spend every waking moment with you. When you had to be apart, he would text (or call) frequently, and leave heart-melting, romantic posts on your social media pages.

Attention has turned into obsessive jealousy and control, false accusations and demeaning comments. His “likes” have changed, but then again so have yours—because yours have to match his at all times. If they don’t … Well. Best not to wake that sleeping monster. It’s easier just to agree. Less painful, less traumatic.

The answer is simple: You did not fail.

And, you’re not stupid (or naïve, or clueless, or whatever label he prefers). Instead, you’ve been a victim of abuse, from the moment of “hello.” Even that early, idealistic relationship was abusive, because it was a grooming technique most commonly known as “love-bombing.”

You know those amazing, in-depth conversations the two of you shared at the beginning, when you felt completely at ease and as if you could tell him anything?

Yep, that was the switch being flipped to the “game on” position, the first turn of the abuse cycle.

He was listening carefully, and asking you all sorts of questions—questions you interpreted as interest and love, empathy and companionship. But in sad truth, these were all part of his interrogation technique.

Regardless of whether he does this consciously or automatically, your partner has stored everything you’ve ever said to him, tucking it away for later use. He craftily stole that information to create his mask, a persona he showed to you that reflected your own self, which then caused you to believe you’d found your perfect match.

Very early in the relationship when you told him intimate details about your past, including your hopes and dreams, fears and insecurities, he made a point of bolstering you, supporting you, comforting you.

But … it turned out to be a delusion. In truth, he’ll use that information later, when he wants to blame you for something or gaslight you by preying on your insecurities. He’ll use your anxieties to create an unstable emotional environment, causing you to believe your greatest fears are coming true, and then he’ll act as your “knight in shining armor” as he gallops to your rescue.

The problem with a knight in shining armor is that you can’t see what’s behind all that impenetrable metal. Is it a frog, or a prince?

He’ll likely confide in you, as well—but only with superficial responses that are easily overlooked. For example, you could notice that there’s tension between him and a co-worker. When you empathically ask for details, his response is something like “oh, friendly competition is just how it is at my workplace.” There’s no depth to that answer, but you barely notice as he twists the conversation to inquire, “What about your career?”

Instead of questioning his surface responses, you feel pleased that he’s so interested in your life.

He may also talk to you about his claimed vulnerabilities, but if you listen closely to his words, you’ll realize that his confessions all come from a position of being the beleaguered, betrayed victim—someone else is always totally to blame. This is a covert way of garnering your sympathy so he can appear to be a sensitive, caring individual, yet he’s still not giving you true access into his inner world.

This further solidifies your “soul mate” bond. He’ll pretend to give you his vulnerability, to trust you with his secrets, when in reality his secrets are either half-truths, exaggerations, or outright lies. Yet he’ll appear humble, and perhaps even tell you how humble he is—which is a sure-fire sign of deceit, since humble people are too humble to brag about their humility. Even so, he’ll suck you in by appearing sincere, forthright, and loving. He’ll tell you his deepest hurts, playing the victim in order to gain your trust and empathy.

A poor, lost soul who obviously needs you. And you can help! But only you, because he’s never been so in love with anyone else. You’re the one for him.

The initial grooming techniques of a domestic abuser can make you feel as if you have it all—a best friend, a kind partner, the most romantic person you’ve ever known.

Most likely he’ll move your relationship along at a fast pace, which seems fine to you. After all, you and he share with a love like no other!

In fact, creating a whirlwind romance just another way to hook you in, to make you “his.”

This is tragic, but true. And it must be faced. At some point in your life, it must be faced. If you’re not ready for this information right now—which I totally understand, because I’ve “been there, done that”—then bookmark this article, because at some time you’re likely to return. You’ll likely return and revaluate, and come to your own truths.

You haven’t been defeated, you’ve merely been buried. Then again, so are seeds. Yet they struggle for transformation, tilting their way through the soil until they’re no longer hidden underground. They’re no longer seeds, but shoots and saplings, soon to reach their full potential.

If you need immediate help, you can call the National Domestic Violence Hotline.