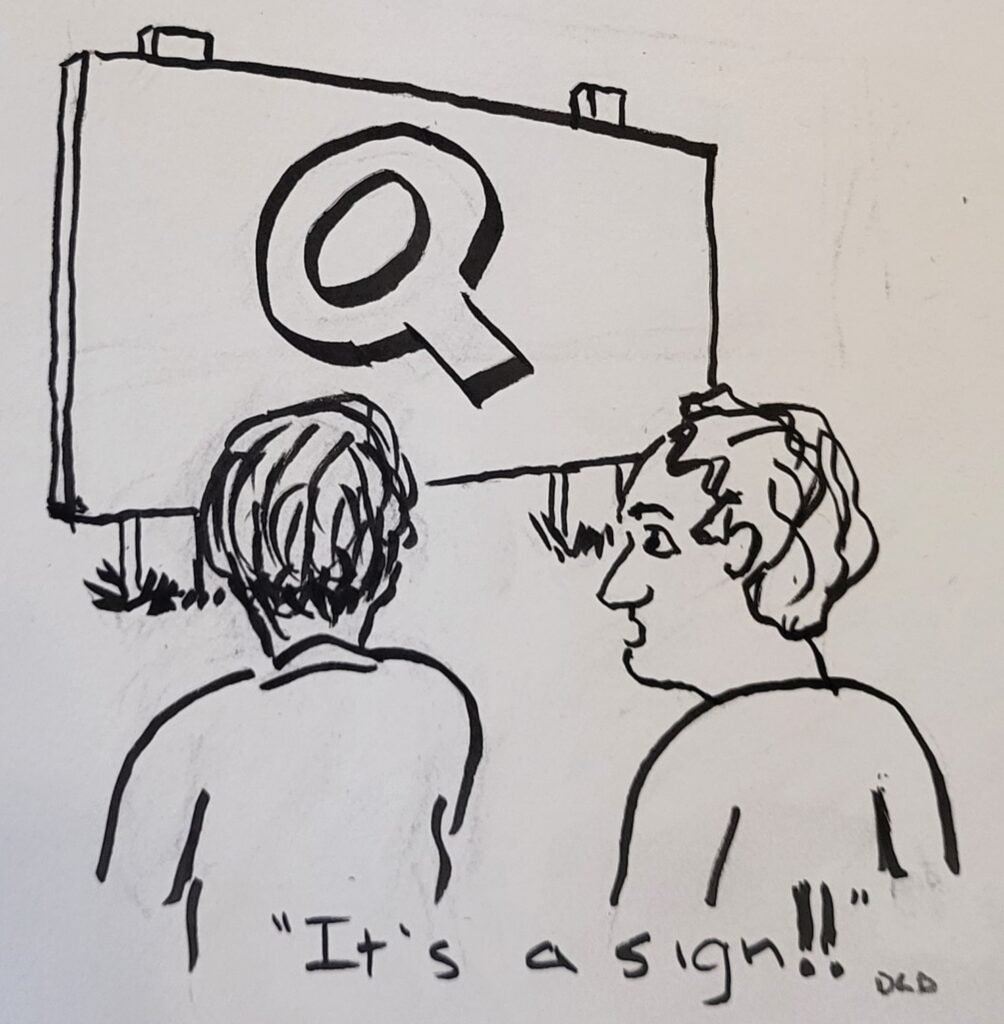 One of the self-appointed political commentators with his own podcast, after interviewing Trump supporters, asked if some of these people were mentally ill. He was referring to a surprisingly large number of people who hold obviously erroneous beliefs (or delusions) about such things as voting machines, pedophile rings, and the resurrection of JFK junior.

Is the debacle of Kanye West flowing from a mental illness or that not uncommon human trait of generalizing from a single experience and converting his own sense of failure or disappointment into hatred of some imagined enemy?

As I write this slowly and carefully I am aware part of this problem is the very contemporary phenomenon of people with less than stellar knowledge, wisdom, and judgement being able and willing to share their random thoughts with very large audiences.

I did, I confess, watch the Tim Pool interview of Kanye West. Kanye was mildly hypomanic; in fact he did admit at one point that his brain was generating seven thoughts at the same time. There was often no link between one thought and the preceding thought he shared, and with the slightest pushback he abruptly left the studio.

One hallmark of delusions generated by psychotic illness is that they are usually, if not quite always, self-referential. That is they do not declare that the FBI is controlling people; they declare that the FBI is controlling me, my thoughts, or watching me, looking in my windows. They don’t say song lyrics are about my neighbours; they say the song lyric is about me, written for me. They don’t say the television is sending messages to other people; the television is sending messages to me. They don’t say there will be a second coming; they say I am the second coming.

The brain is an organizing machine. It constantly seeks meaning. And by “meaning” I mean organizing principles that offer some degree of predictability. What might happen next? What are the reasons I feel this way? Who is mine enemy? Who is my friend? Where lies safety? Where lies danger? What control do I have? What power? What or who is causing my limitations? Where might I find love?

At its best the brain contains sufficient information, filtered knowledge, wisdom, well-functioning cognitive processes and well-functioning sensory, perceptual processes to arrive at some, at least satisfying and pro-social, organizing principles. At best it is also flexible enough to alter some of those ideas according to new information. Three very specific skills in this process are: noticing patterns without inventing them, ignoring irrelevant information, and accurately reading non-textual interpersonal communication.

When the brain itself is impaired, be it by schizophrenia, mood disorder, cognitive impairment, or dementia, the need to answer the questions in the bolded paragraph remains. The impaired brain still seeks answers even when over-alert to patterns, unable to read the intent of others, unable to sort the wheat from the abundance of chafe, unable to link one thought with the next, or overwhelmed with emotions of elation or depression. The organizing principles this impaired brain arrives at may be drawn from recent news, new technologies (a common delusion of yesteryear was of being controlled by xrays – today it is implanted microchips), religion and various real and perceived power structures. (Being Queen Victoria is passe, but being a messenger of God is still with us.) These delusions are the product of brain impairment from illness (also injury and toxicity) and are self-referential.

Intelligence and education play a role here: The delusions of a mentally ill but highly educated and intelligent person can be complex, subtle and well defended. The delusion of the not-so-smart ill person is usually blunt and straight forward.

And once any of us answer those existential questions we proceed to seek evidence to support our conclusion and ignore or avoid evidence that might refute it.

But of course even with a fully functioning brain it is quite possible to become deluded.

We are social creatures. We depend on others for information and understanding. We instinctively look to leaders to provide this. Some of us look to these leaders more fully and willingly than others. Hence the power of a cult leader, be he a true believer or a psychopath.

We need social information to inform our organizing principles. Hence social isolation breeds delusions, or, at least, strange and eccentric ways of understanding the world.

Information silos and social media algorithms control the information we receive and thus reinforce specific patterns we rely on for meaning.

And to find equanimity (and not resort to a delusional explanation) in a world without absolutes, a world and universe in which nothing is fully understood or explainable (time, black holes, infinity, what did exist before the big bang, spooky action at a distance, death, consciousness, human behaviour…..) we each need a degree of security, social membership, purpose, trust, flexibility, and an acceptance of our own limitations.

When delusions arise from factors apart from mental illness they are not usually self-referential: “Hilary Clinton runs a pedophile ring.” “God talks directly to my cult leader.” “Jewish space lasers started the forest fires.” “Trump will be reinstated as president in August”.

“Hilary Clinton runs a pedophile ring in a pizza place.” “God has assigned me the task of righting this wrong.” “Jews, Arabs, Mexicans are replacing us.” “It is my mission from God to kill some of them.”

For what it’s worth, Kanye West appears to suffer from a self-referential bipolar mania- induced delusion and the other kind as well.

PrevPrevious PostWhite Ribbon releases I Knew All Along, addressing the anxieties of raising a daughter
Next PostAmerica’s Largest Diverse Book Publisher Shares the Reads You NeedNext