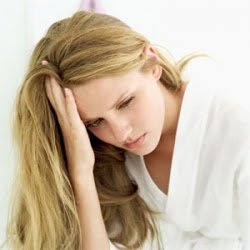 The most common forms of intimate partner violence (IPV) are sexual violence,

Verbal pressure includes behaviors like threatening to use physical force against the victim, yelling at the victim, name calling, tricking, lying, blackmailing and badgering the victim.

“Many victims of intimate partner violence (IPV) experience negative mental health outcomes including anxiety problems, substance abuse, depression, and suicidal ideation,” said Amber Norwood and Christopher Murphy of the University of Maryland. “Most notable are high rates of posttraumatic stress disorder (PTSD), with prevalence estimates ranging from 33% to 84%.” Yet in a relationship, not all four behaviors predict PTSD, according to a recent study conducted by Norwood and Murphy. The team theorized that because research suggests that intimate partner rape causes extreme psychological trauma, that sexual violence would be the strongest predictor of PTSD in IPV. In order to confirm their theory, the researchers interviewed 216 women who were in abusive relationships and asked them about the frequency and types of abuse that they experienced.

The results of the study revealed similar findings to previous research, with some exceptions. “As predicted, the rate of PTSD diagnosis was higher in both the sexual coercion (56.8%) and sexual violence (63.2%) groups when compared to the no sexual abuse group (32.3%),” said the researchers. But they were surprised by some of their findings, such as the fact that psychological abuse increased PTSD symptoms much more significantly than physical violence. Overall, exposure to sexual violence and sexual coercion together did increase the presence of PTSD. But when taken as separate factors, only sexual coercion was directly linked to increased PTSD symptoms.