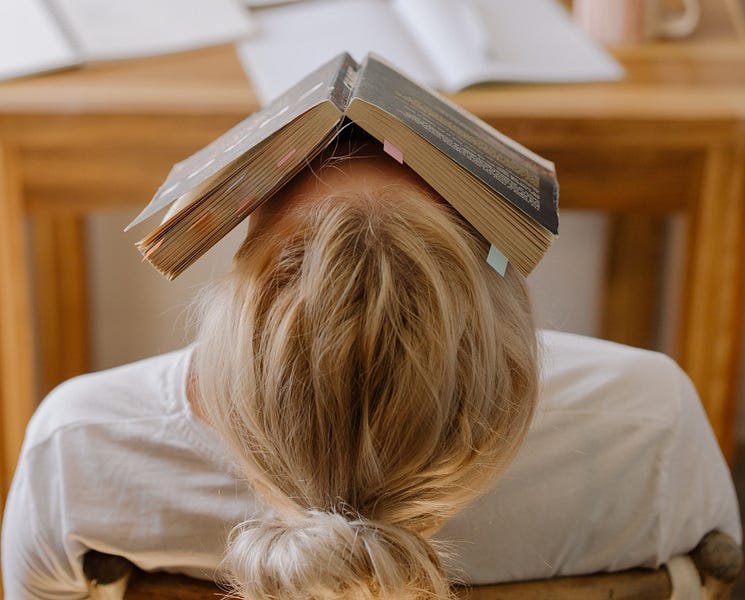 When I was in high school—before I’d ever been in an abusive relationship or even understood what domestic violence truly is—one of my classmates was dating a guy a couple grades ahead of us. Their relationship seemed great at first, a true fairy-tale type thing. They were both super-popular, invited to every party and gathering, and members of the most sought-after lunchroom clique. They were so in love, completely infatuated and devoted to each other.

Or so it seemed.

Then, a few months into the relationship, “Sally” (as I’ve decided to call her) changed. She became moody. One day she was up, the next down (or very grouchy). What was going on? Honestly, I never thought too much about it at the time—after all, I wasn’t one of the cool kids who sat at her lunch table, so the only thing I knew about her was my own personal observations, from afar.

Then one day, in front of all to see …

Sally’s perfect boyfriend—I’ll call him “Jim” (because you don’t mess around with Jim) got mad at her for something. I have no idea what they were fighting about, but he ended up punching his fist through the biology lab window. The incident happened during a sex ed class, so maybe he was mad about Sally’s reproduction system or something.

I (in all my innocence/ignorance) thought … Duh! Why would Jim cut his hand to shreds by punching a window—not to mention getting himself suspended in the process? What did he think he’d accomplished by such a daft move?

But an even bigger question was why Sally forgave him a few days later. By the time Jim’s short suspension was over and he was back at school, he and Sally were Romeo and Juliet again.

When, months later, Jim punched the concrete wall of the gym, then another window, I was even more baffled about both his and Sally’s behaviour. Why on earth would she put up with that? Why would she stay with such an obviously violent and unstable young man?

Of course, I’m now seasoned and experienced and I know the sad truth of the matter.

Was Sally being physically abused by Jim during that time? She never showed up at school with bruises or broken bones, never complained about domestic violence, so no one ever mentioned it. Sure, Jim had a bit of a temper, but overall he was a nice guy. And so hot! And popular! And athletic!

Fast-forward six years. The couple was still together, and a child had been introduced into the mix.

And Sally was a captive in her own home. Unable to leave, held at gunpoint.

Thankfully, the story ended well—at least to the best of my knowledge. After an eight-hour hostage situation, the police were able to apprehend Jim, and he was carted off to jail. Sally and her child moved out of town. I haven’t heard anything about either one of them since.

The reason I’m telling this story is to reiterate the points I made in my previous article, “Psychological Physical Violence Can Be a Sign of More to Come.” In that article I stated:

If a person threatens violence in order to intimidate, terrorize, and control his partner, he’s committing a covert form of physical abuse. Even if he doesn’t touch her, he’s still being physically aggressive.

Since writing that post I’ve had numerous readers send me messages, all basically asking the same thing: “Is punching holes in walls really abuse? Does that mean things will get worse?”

My answer, which I can say this with the utmost confidence, is:

YES, PUNCHING A WALL IS ABUSE.

This type of violence is a threat of more to come if you don’t behave and do what he’s demanding. It’s a display of his power, his superior strength, and a warning of what he’s capable of. Even if he attempts to excuse his behaviour by claiming he was “just letting off steam” and “acting like a guy,” don’t buy into that BS.

Punching things in aggression is not normal behaviour, even though society tries to convince us otherwise through movies and TV. I’ve seen far too many shows where the protagonist gets angry with his girlfriend or wife, hits a wall or throws something in frustration, then they kiss and make up—as if all is well.

Despite attempted normalization in TV and movies, punching anything in rage is a form of abuse.

All is not well, because this behaviour is not normal.

Don’t let toxic society convince you that toxic relationships are the norm. They’re not, and we all deserve better.

Even fake characters on TV.

I can also say that most likely this behaviour will get worse—and more frequent—over time. Abuse always does, unless the individual with the violence problem is willing to admit—without excuse, blame, or qualifications—that he has serious psychological problems, and do the hard work of thoroughly changing. This work takes years to accomplish, as well as professional help, authentic spiritual healing, and a complete transformation of self (as in, a total “Road to Damascus” conversion). That’s why the majority of abusers don’t make the extremely difficult effort to change their toxic ways.

There’s a very small distance between a wall or a window and your face.

If a man is capable of violence toward an inanimate object, and feels that’s an appropriate way to express his inappropriate rage, then you can be assured that you’re dealing with someone who’s engaging in distorted thinking and twisted, abnormal “logic.”

If you’re in this situation, please be on your guard. Put yourself—and your children, if you have any—first. Stay safe. “Be sober, be watchful, your adversary prowls around like a roaring lion …” (1 Peter 5:8)

Please educate yourself. Seek personal and professional help and support, and create a safety plan. Even if you think you’ll never need it (and hopefully you’re right), a safety plan can save your life.

If you need more assistance, you can call, chat, or text with the Domestic Violence Hotline.