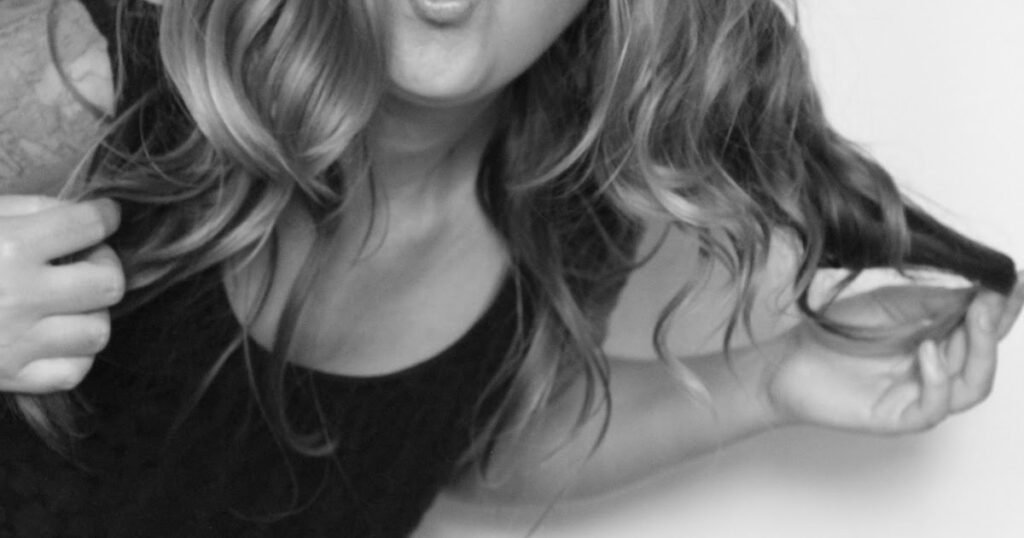 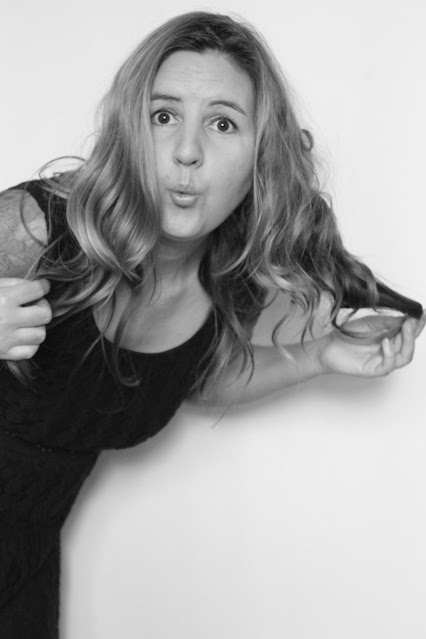 The Law of Conservation of Energy – a fundamental law of nature – states that energy cannot be created or destroyed, it can only be transformed or transferred from one form to another.

I had long known of this scientific principle but had more
recently come across a transcript of a speech about why you want a physicist
to speak at your funeral. It was incredibly moving, the way the
science-talk, which is often cold and clinical, radiated with warmth – a heart-warming
warmth.

‘You want a physicist to speak at your funeral. You want
the physicist to talk to your grieving family about the conservation of energy,
so they will understand that your energy has not died.‘ *

It goes on to mention particles and
photons and uplifting notions – the comfort of which is so profound, perhaps, because they aren’t mere
notions at all. This is something you can lean
into, the science is solid.

‘Let them know that they can measure, that scientists have
measured precisely the conservation of energy and found it accurate, verifiable
and consistent across space and time. You can hope your family will examine the
evidence and satisfy themselves that the science is sound and that they’ll be comforted
to know your energy is still around. According to the law of the conservation
of energy, not a bit of you is gone. You’re just less orderly.’ *

I saved a copy and filed it away with selected inspirational
quotes, lovely verse and pieces of touching text – a nice little personal
collection to draw on when needed – and thought no more of it.

Later in the year, I put it out there into the universe that I was
ready for a new story idea. No grand ritual, just a thought within my own mind,
an acknowledgement that I had finished up a bunch projects and was now excited
to welcome a new idea. 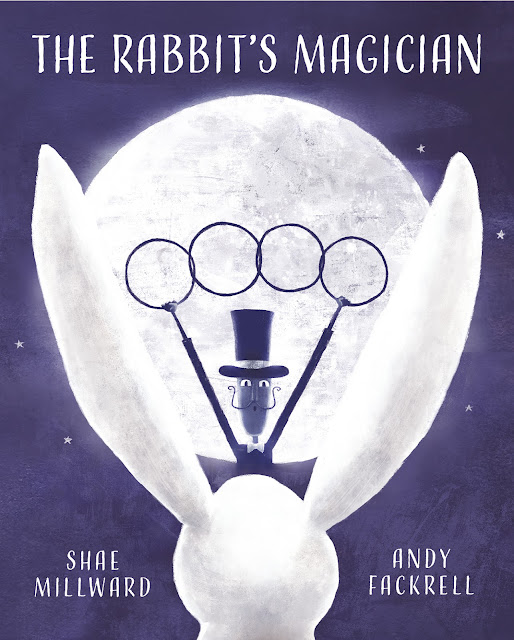 I never intentionally set out to
write a story about loss – it was
certainly not a subject I would have chosen to tackle. But an impression must
have been made on my subconscious by those words I’d filed away, because a
scene appeared in my mind of a rabbit looking up at the moon. I sensed he was
waiting for something. The moon phases changed, and still, he waited. What
are you waiting for? I wondered. And then, he told his tale. In a
matter of moments, the whole story of The Rabbit’s Magician suddenly existed,
like a neatly wrapped gift. No tackling involved. 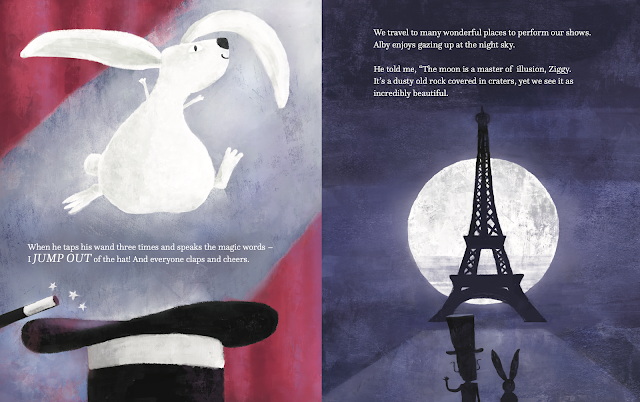 Although there was still some hesitancy on my part in regards to
the potentially sensitive subject matter, sometimes you just have to get over
yourself (and any pesky doubts about what you ‘should’ be writing). Sometimes
it’s all about the story, not all about you. Because of the blessed way in
which the story came into being – the way it presented itself – I felt
it had come as not only a gift for me but for anyone who might need it.

There
are other picture books about loss, but none from this angle that I know of.
There’s no intention to oppose anyone’s beliefs. It’s simply another tool to
help bring some solace to hearts. It offers a sense of comfort from the
viewpoint and solidity of a sound principle of physics. It fosters a gentle
shift in thought, from the total emptiness of loss to the presence of a
continued energetic connection.

We know that everything in the universe is
made of energy, including us, and so, that which can no longer be touched by
the hand can still be felt by the heart. 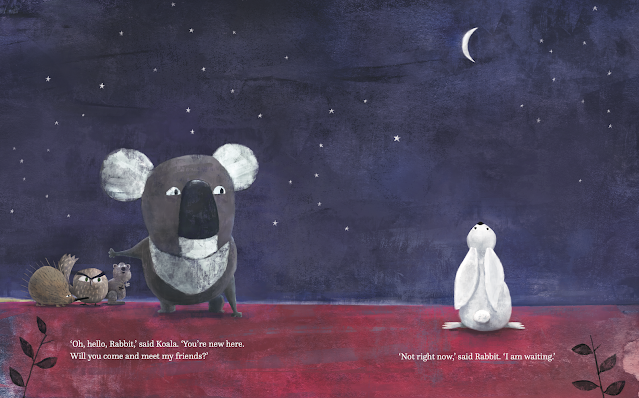 The Rabbit’s Magician is a gentle story of love and loss. This
picture book offers comfort to anyone of any age who has lost a loved one –
person or animal. It’s layered meaning and intertwining themes – including the universe,
nature, the moon and its phases, reminders of loved ones, and the power of love
– enables it to be interpreted in your own special way.

‘What is lovely never dies, but passes into other
loveliness –
star-dust or sea-foam, flower or winged air.‘ Quote by Thomas
Bailey Aldrich.

*Transcript of a speech given by Aaron Freeman on NPR News “All Things Considered.”

Shae Millward is the author of picture books A Boy and a Dog, Koalas Like To and The Rabbit’s Magician. Her short story, The Vampire Roses, is published in Spooktacular Stories: Thrilling Tales for Brave Kids.

Shae is an enthusiastic advocate for literacy. She aims to inspire through a love of books, the joy of reading and writing, and the art of storytelling. Shae enjoys writing picture books, poetry, song lyrics, inspirational quotes, short stories and more.

PrevPrevious PostNew Releases: Fight Back and Still Dreaming / Seguimos soñando
Next PostGood Reasons To Take Out a Personal LoanNext