The Effects of Domestic Abuse Within a Household 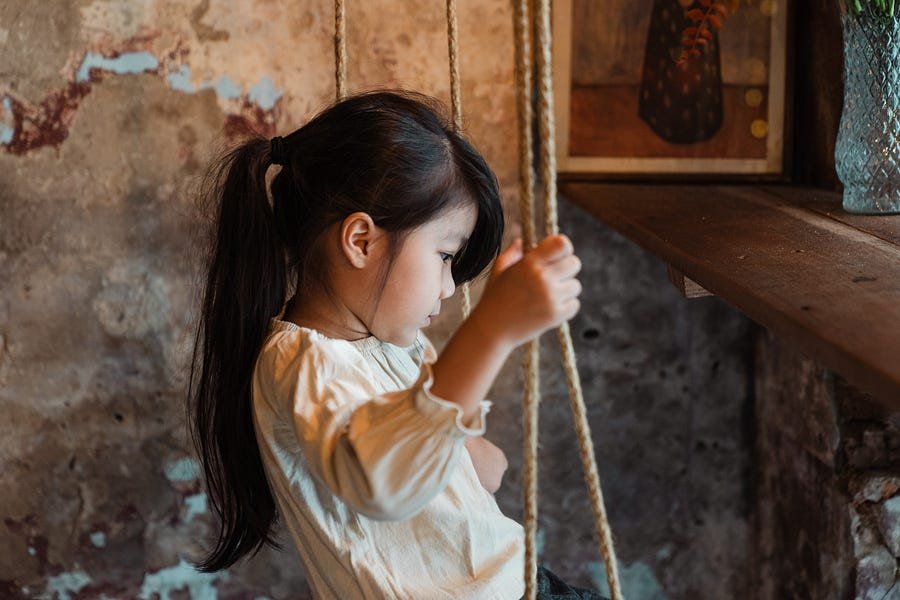 The wounds of domestic abuse run deep. If you have children and you’re in a toxic relationship, even if they’re not being abused themselves, they’re likely still feeling the repercussions.

This isn’t meant as a recrimination or accusation—not at all! I only bring this up because I feel it’s crucial for all parents to be aware. The more aware we are, the more we can do to help and heal—not just ourselves, but others in our lives.

(Dolly Parton, “Coat of Many Colors”)

I was an inherently sad child. Deep down, within my core, there was a sorrow I couldn’t quite name, a wound so vague that the source was a mystery to me—yet the pain of sorrow was nearly always there. On one level, though, I knew my suffering had something to do with my mother.

I never formulated in my young mind that it was my mother’s sorrow I was empathetically carrying on my own shoulders. Even so, I did recognize her pain and was constantly trying to alleviate it. I would draw pictures or pick wild flowers for her, save my special bake sale money to buy treats for her instead of myself, and give her whatever other little gifts and hugs I could. And, above all, I just tried to be a good girl. I often felt I failed at that, which compounded my sorrow.

Because when I failed at being good, I was causing my mother even more unhappiness. Or so my little mind believed.

I also felt a deep, ingrained sorrow and guilt because no matter what I did, I couldn’t bring my mother lasting joy. Yes, she adored my gifts and my frequent displays of love. They definitely brought her pleasure, and she treasured each and every one—but the joy was fleeting. She would smile and laugh as she played games with my siblings and I, and be genuinely happy as she read us stories, gave us enormous hugs, and tucked us into bed.

Yet beneath it all, there was sorrow.

And I felt it, keenly, even though I didn’t understand what I was feeling—or why my mother was so sad.

Late one evening, when I was about eight years old, my family was returning home from visiting my grandparents when Dolly Parton’s autobiographical song “Coat of Many Colors” came on the car radio. This was the first time I’d ever heard that song, and it hit me with an impact so powerful I broke down in tears.

Yet I was inconsolable. I simply could not stop crying. I recall my older sister asking my mom what was wrong with me. “She’s just feeling bad about herself,” my mother tried to explain, but that wasn’t true. My mom didn’t understand what I was feeling, because I couldn’t express it.

Because I couldn’t fully understand it myself.

What I did know was this: the song had been about a loving mother who was so poor she had no fabric to make a much-needed coat for her daughter. Autumn was fast approaching, and she was worried about her daughter’s comfort and warmth. Filled with devoted love and determination, she gathered all the rags she could find, stitched them together, and created a “coat of many colors” for her beloved daughter.

As she sewed, she told a story
From the Bible, she had read
About a coat of many colors
Joseph wore and then she said

Yet when the daughter went to school, the other kids ridiculed and made fun of her for wearing what they considered to be a ridiculous, funny-looking coat.

The lyrics to this song struck me so violently and so sorrowfully not because I felt sorry for the daughter—although I did—but because I felt such deep, abiding sorrow for the mother. Burrowed deep inside, solid and instinctual, I experienced extreme and terrible pain for the mother. Her feelings must have been shattered. She’d poured so much love into making that coat, and her love had been ridiculed, rejected.

What I didn’t know back then—but do now, as an adult well-educated in the wily tricks of covert domestic abuse—is that I was actually sobbing for my own mother.

I was sobbing for her devoted love. Her complete dedication to her family—particularly to her husband, my father.

I was sobbing because, like the mother in the song, somehow my intuitive little self knew that my mother’s marital love was being rejected. That she was being ridiculed by the one person who was supposed to love and cherish her forever. That no matter how much love she gave, she never got anything back.

I knew none of this as a child. Well, that’s not precisely true. My dad was constantly making fun of my mother in various ways—her appearance, her beliefs, her interests, her moral integrity—yet he always pretended he was merely joking. “Geesh, can’t you take a joke?” was his favorite line.

Attacks disguised as a joke are one of the most insidious forms of verbal abuse.

There’s a lot of other stuff I didn’t recognize back then. The red flags of domestic violence were unknown to me. But now, as an adult seasoned in DV, I’m well aware.

And what I’m now becoming fully aware of is how much someone’s abuse of his spouse will damage the children. And the wounds go deep. Even though I had no idea what was going on at the time—I thought my parents were deeply in love and happy with each other—inside, intuitively, I knew.

Most victims of domestic abuse are highly empathetic—that’s what makes us such great targets. And it’s why we feel the pain of others on such a deep, visceral level.

I took my mother’s sorrow onto my own little shoulders. I didn’t knowingly do this, but when the home is an unsafe place, it’s just something that happens. I didn’t realize my mother was so sad because of her marriage. I thought it was my fault, which compounded my own sorrow, and added to the deep fears I struggled with during childhood.

My point in deciding to be so vulnerable and open in this article is to let all of my readers know how urgent it is to realize the impact domestic abuse is likely having on your children. Again, there’s no accusation here—only a call for awareness and understanding.

The impact of covert abuse in childhood is sure to have stunning repercussions that bleed into adulthood. If your children are suffering from anxiety, depression, acting out, withdrawal, or any other such symptoms, this may indicate that, on a deeper level, they’re feeling what’s going on “behind the scenes.”

Knowing this can help you seek appropriate help—for yourself, and for them. If you think you’re keeping your secret, if you think your children don’t know what’s going on in your relationship, I urge you to think again.

Even covert, sly abuse is felt by the children of victims. They may not understand what they’re feeling when they’re young, but eventually they’ll have to face what they unwittingly endured. This is a wound they’ll need to recognize in order to heal. It’s better to deal with it now, rather than later.

Please trust me on this.

PrevPrevious PostKids’ Book Review: Review: And Everything Will be Glad To See You
Next PostEasy Apple Crisp with Oats Recipe | Ottawa Mommy ClubNext