The Overlooked Benefits of Video Games in Childhood Development 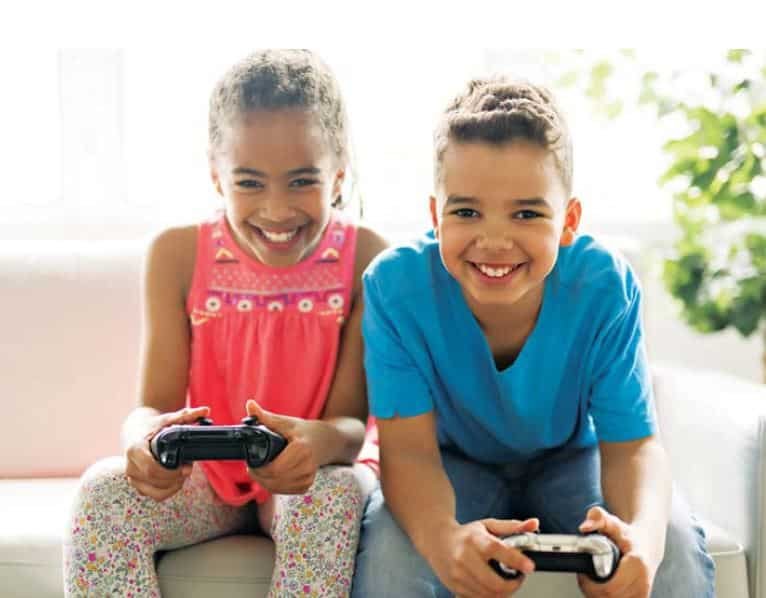 I was seven years old when my dad brought home our first video game console: a Super Nintendo. I’ll never forget it. Although I had been playing video games since I was about five, my sister and I had saved up for months to afford our own gaming console.

It was a regular work day for my dad with us waiting in anticipation for him to come home. We heard him open the door and, before we had a chance to greet him, he bellowed: “WHO WANTS TO PLAY SOME VIDEO GAMES?!” It was 1995, but it may as well have been the stone age as far as the video game industry goes.

Both of our parents were proud, hard-working members of the middle class. When their publishing business wasn’t bringing enough revenue, my dad would freelance and get odd jobs here and there to bolster our household income. Suffice to say, as kids, we had a lot of time to ourselves and me and my sister benefitted from long periods of uninterrupted screen time and gaming.

My mom was an early advocate of video games for kids. She was always a true believer in the benefits they had on the impressionable minds of children. I remember her defending me against friends, family and teachers who were concerned about my keen interest in gaming. She used to save news articles that supported her belief in the benefits video games played in early learning.

Playing video games is a mentally engaging task. Depending on the game, it requires fast decision making, real-time problem solving, coordination of fine motor skills and more. I remember being blown away by my sister, who learned how to play Super Mario Brothers upside down. In comparison, other types of screen time, like Cocomelon, cartoons, or even social media, are much more passive activities, requiring little thought or effort.

When I first started playing, I was hooked on the stimulating graphics, colours and sounds of early console games. The 1990s was the golden age of the “platformer” genre with games like Mario, Sonic The Hedgehog, Donkey Kong and so many more. For a child, games like these could provide hours of challenging entertainment while learning how to interact with the controller moving your character across levels to the finish. It was not until my pre-teens that I moved beyond these simple fascinations and came to appreciate the real depth of what video games had to offer.

Looking back, I can see that I benefitted from the emotional learning, storytelling, reading, empathy building and (most importantly for me) the escape video games provided from the anxiety-inducing reality of increasing mounds of homework.

Despite my parents’ open attitude towards screen time, they made sure my sister and I were spending the time we needed for school work and outdoor activities. They worked a lot, but they were not absent.

Parents now have a more difficult challenge with managing screen time. Screens are everywhere with hundreds of millions of dollars poured into psychological studies to understand the most effective ways of keeping us glued to our devices. A child’s mind (let alone most adults) doesn’t stand a chance against this level of planning and user experience design. The same can definitely be said for some games you might find in the app store, but not for all of them

Scientists at Karolinska Institutet (Sweden’s largest centre for medical academic research) studied how the screen habits of US children correlate with how their cognitive abilities developed over time. They found that children who spent an above-average time playing video games increased their intelligence more than those who did not play, whereas watching TV or browsing the internet had neither a positive nor a negative effect.

Further studies focused around the impacts of social media on children paint a darker picture. META (formerly Facebook) is well aware of the negative impacts apps such as Instagram have on the self-esteem of teenagers. Despite this, great effort has been focused on downplaying this to the public due to the risk of scrutiny and endangered profits. Don’t even get me started on TikTok.

Video games like Minecraft, on the other hand, provide an interactive and safe environment allowing children to explore seemingly infinite areas of constructive creativity. Other games like Pokemon or The Legend of Zelda have deep and complex stories where reading and following character development is a core part of the game.

If you’re a parent having trouble divvying up your child’s screen time among the increasing amount of devices they’re exposed to, consider nudging them towards productive and healthy video games that promote critical thought and problem-solving with vast and beautiful worlds that encourage exploration. Keep them off social media for as long as possible, well into their teens if you can. Give the cartoons a break in exchange for an extra 30-minutes of Minecraft building. If they don’t like Minecraft, find another video game that caters to their imagination and learning style.

Video games also don’t have to be a solo endeavour. Some of my fondest memories involve jumping into Minecraft with my nephew while he shows me the new room he built for me. To this day, my dad and I still talk about mystery games like Riven and, more recently, Firewatch. Every Christmas, my sister and I still play Super Mario Bros and Mario Kart. Gaming can be a bonding experience, even if you have no idea how to play.

I am forever thankful to my parents for allowing my sister and me the freedom to explore video games. Playing games gave me the problem-solving abilities and grit to build a digital marketing agency of over twenty staff. They taught me good writing, gave me an interest in reading and exposed me to powerful storytelling. Video games gave me the patience to learn new skills like video production, programming and more. They gave me the coordination to play basketball on my high school team. And, today, they’ve
bolstered my imagination to create a children’s
learning show for ages 3–7 on YouTube.

So, for parents out there feeling anxiety or guilt over the amount of screens they’ve let creep into the lives of their children, don’t beat yourself up. Just make sure your kids are playing games that feed their imagination.